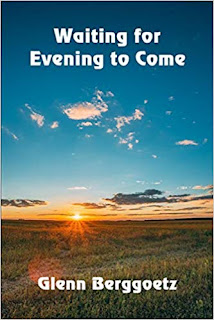 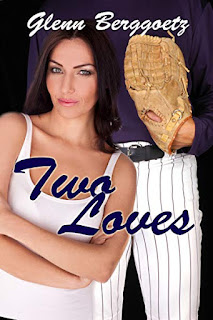 
Please tell us about your latest book.

My new book is Waiting for Evening to Come. The book is about the friendship that develops between a young white boy and an elderly African American man in rural Indiana in the 1950s. I’ve also written a screenplay and stage play version of the story, and I’ve landed an agent to represent those versions. The agent is first attaching some names to the script before trying to sell it to a producer or studio, and Dennis Haysbert, the older African American gentleman in the Allstate insurance commercials, has read the script, loved it, and signed a Letter of Intent to play the lead role of Benjamin in the film adaptation of the book. This has me excited for the possibilities for not just the book getting turned into a film, but also for future book sales and a possible stage run for the tale.


What can we expect from you in the future?

While I’ve had seven books published, I’ve also written the screenplays for twelve produced feature films, and I have nearly twenty other completed feature film scripts that maybe my agent will be able to eventually sell. Because I enjoy writing in various styles – novels, poetry, screenplays, stage plays – and write in many genres (drama, comedy, horror), I pretty much follow my whims at what and how I will next write.


How do we find out about you and your books?

I’ve set up a Facebook page for my books titled “The Books of Glenn Berggoetz” that’s located at https://www.facebook.com/glennsbooks/. I also have a website that’s devoted primarily to the dozen feature films I’ve written and directed and for scheduling speaking appearances. This website is located at http://www.glennspeaks.com/.


How much of your personality and life experiences are in your writing?

A fair amount. With Waiting for Evening to Come, much of the dialogue is similar to the racist talk I sometimes heard while growing up. I also put a lot of my grandfather into the main character of Benjamin. Benjamin is a wise and kind man, as was my grandfather John Hayes. I also included some stories in the novel that I heard when growing up. For example, when Benjamin is telling a story to Jack, the young white boy, about Benjamin’s deceased wife, much of what he tells Jack are the tales I heard about my grandmother, Bridget Hayes. The same typically can’t be said for the screenplays I write (with the exception of the screenplay version of Waiting for Evening to Come). My screenplays are typically close to, if not all, fiction.


When did you first think about writing and what prompted you to submit your first ms?

I first wrote in the summer of 1988, writing a short story and a novella. Like so many other writers, I felt I had thoughts in my head that had to be shared. It wasn’t until a couple years later that I finally thought I had written something decent enough to be published and started querying magazines about my short stories (this was pre-internet days) by sending out dozens
and dozens of letters, then spending a small fortune going to stores that made copies of documents to get plenty of copies made, then spending another small fortune paying for postage.


Do you have a set schedule for writing or do you just go with the flow?

I have no schedule. Sometimes I go a month without writing anything, then I’ll go months where I write pretty much every day.


What about your family, do they know not to bother you when you are writing - or are there constant interruptions?

Since I live by myself, this is not a problem for me – I write when I feel like it.


What do you do to relax and recharge your batteries?

I’ll watch college basketball and football, go for long walks (typically very early in the morning when the stars are still visible in the sky), or go visit my favorite people, most of whom live a thousand miles away.


Where do your ideas come from?

Many of them come from personal experiences or from the thoughts floating through my head on my long walks.


Do you feel humor is important in books and why?

Absolutely. While Waiting for Evening to Come sticks very closely to the dramatic tenor of the book, my first novel (also published by Solstice Publishing), Two Loves, certainly has some light-hearted moments mixed in.


What kind of research do you do?


Please tell us about yourself.

I try to be a thin book – easy to read. Besides that, I’ve never married nor had any children. I’ve always lived pretty simply, at one point going years without owning a TV, then going years where the only TV I had was a five-inch black-and-white model. I work as a college professor teaching writing classes, British and American literature, and cinema. Since my little doggie
died two years ago, my life is pretty quiet for the most part. I keep telling myself that at some point in the near future I’m going to start to do some traveling.


What are some of your favorite things to do?

I love hiking, but now that I’m living in Indiana (after a decade in Colorado) I don’t have many chances to do that. As I’ve gotten older I’ve had to reduce the amount I eat to about 40%-50% of what I used to eat, so on those rare occasions when I actually eat a full meal I enjoy that. I certainly enjoy reading, and I enjoy watching college sports.


Who are some of your other favorite authors to read?

I wrote my master’s thesis over some of Kurt Vonnegut’s novels, so he’s an author I enjoy reading. I’ve developed quite a fondness for Stephen King in the last decade. I’ve also long enjoyed reading Leo Tolstoy’s works.


Where do you see yourself in five years?

I’m hoping my agent will be able to sell a couple or three of my screenplays so that I have enough money to stop teaching and start traveling and hiking on a regular basis.


How many books have you written, how many have been published?

I’ve had seven books published, but the first three novels I wrote (back in the 1990s) have not been published, so I’ve written ten books total.


After you've written your book and it's been published, do you ever buy it and/or read it?

I’ll buy some copies to give to other people, but typically after all of the rewrites I’ve done, then the more rewrites after working with the editor, I’ve already read the book a dozen times or more, so I usually move on to read other books I’ve never read and have long wanted to read.


Among your own books, have you a favorite book? Favorite hero or heroine?

I am quite partial to Benjamin and Jack in Waiting for Evening to Come. It seems as if their relationship with each other is the most interesting relationship I’ve ever written, and I love that Benjamin is a quiet hero, the kind of hero all of us can be. And for right now at least, Waiting for Evening to Come has supplanted my stream-of-consciousness, extended prose poem book Guernica Still Burning as my favorite book that I’ve written.


What is the most rewarding thing about being a writer?

Hearing from someone who has read the book who tells me that the book made them feel something.

If you weren't writing, what would you be doing?

I’d probably be watching too much TV.


What is your greatest desire?

To be happy as often as possible!


Are there any words of encouragement for unpublished writers?

Write what you feel you have to write, whether anyone will end up reading it or not. Writing is something I do because it feels as if I don’t have a choice, I simply have to do it, so I’m going to do it whether anyone reads my words or not. Be like Emily Dickinson, letting the words be part of who you are, not worrying too much about how others perceive your writing. 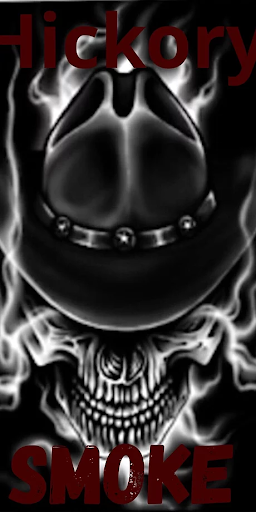